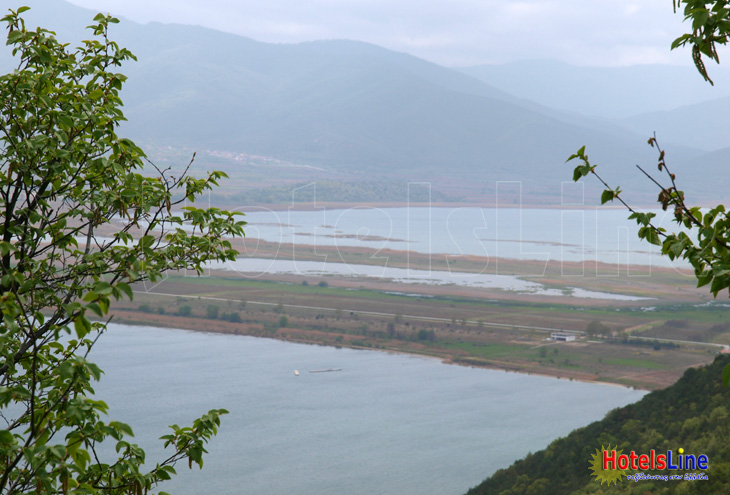 In Western Macedonia is located the Prespes region and is situated between three countries: Greece, Albania and Fyrom. Prespes are two lakes and the surrounding area that extends to the tops of the mountains that surrounds it.

One day in Prespes combines the stunning scenery of lakes and the National Park, visits to monuments and traditional villages, swimming, walking and unusual local flavors.

At Prespes you will see, you will feel, you will hear a lot. Rare birds: two hundred eighty-two species that have extinct in Europe, one hundred and eighty, some of which are endemic and others just pass by. All of them, pelicans, herons, cormorants, etc. come and breed here.

In Agios Germanos in old village of Prespa we put our taste, we renovated our own ark and decided to...

Centrally located in Krystallopigi village, at an altitude of 1130 metres, Krystal Hotel features a ...

1261
The stork lives in Plati, in the highest nest in Europe (950 m). Fish: seventeen species (the eight is endemic), carp,
tsironia, eels and the unique in the world, Brana.

The lush evergreen forests are adorned by oaks, tall beeches and “north” birch. The flora is rich. There are 1,600 species of these that exist in Greece. Some are endemic, such as cornflower Prespa (centaurea prespana), while thirty-six are of international protection regime (Red Data Book: IUCK 1982) as well as the unique in Europe cypress “forest” (psevdokyparisi) on the route from Kula to Psarades. The climate of Prespes is sweet and mild, transitional, between Mediterranean and continental, at an altitude of about 1,000 m (while lakes are at 852 m). It produces all the cereals and especially the famous “Beans of Prespa”. Prespes is characterized as a place of fairies, as it is full of legends, traditions and rich folklore. From the ultimate kings of Macedonia, follows the story of Florina (ancient Lygkistis). In Prespes, there are castles (Mikrolimni, Pyxos) of Justinian's defensive line, while, Basil II built two more in 1018: “Basilion” in his honor, at the highest point of Saint Achillios island (1020 m) and “Konstantion” in “Kales” location, before Lefkonas.

There are also thirty Byzantine and post-Byzantine churches and monuments built from the 10th to the 19th century. Among the oldest are the Basilica of St. Achillios, the church of Saint George, the Church of St. Nicholas (Platy, 1591) and many hermitages and rock paintings (1373-1452) in the cove of Psarades and on the shores of Big Prespa. The “traditional settlements” of Psarades and of St. Germanos are the trademark samples of the region.

Beyond this, all the villages belonging to Prespes region are worth a visit. Some of them are: Antartiko, Krystallopigi, Lemos, Platy and Pissoderi.

For your stay in Prespa, you can book a room in one of the hotels and Bed & Breakfast inns. In Prespa, close to the lak...

By car:
Access to Florina by car is easy through the existing road network.
The best way to explore, wander around Florina and discover its nature and sights is to have your own vehicle. It is worth visiting places where local tranportation and organized tours do not reach.

By bus:
Regular Intercity Bus routes serve most of the areas of the prefecture.
There are daily regular Bus (KTEL Florina) routes to and from Athens.

From Florina there are also intercity bus connections to several regions.