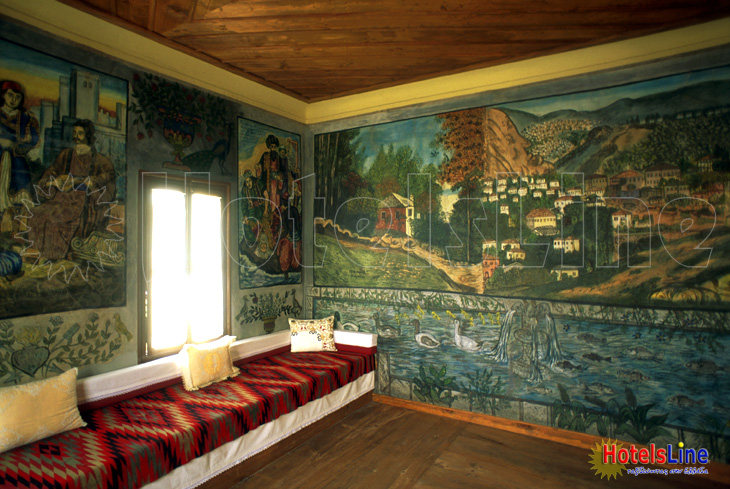 Shortly after buying, the new owner undertook several building modernization work to his new residence for its adapting to current architectural trends of the era, which altered significantly the original architectural design of the building. In 1912, after the construction work, began a plan of painted decoration of the lobby on the top floor by the popular painter, Theofilos.
With the earthquake of 1955 to hit the region, the mansion suffered extensive destruction in both the supporting structure and the individual elements and especially in murals, many of which crumbled and fell to the floor.

In 1962, the Ministry of Culture, in order to protect this unique monument in the region, declare it as a "historical monument" and in 1965, it was bought it to use it for archaeological purposes.
In 1966 took place the restoration of the mansion, which was completed in 1967 and then became the maintenance of the murals by specialized teams of the Ministry of Culture.
In 1980, there was a new damage to the building, much less substantial, that gave rise to a new project of construction work of repairing the damage, of maintenance the wall murals and settlement of the surrounding area, executed by the 5th
Conservancy of Modern Monuments of the Ministry of Culture, and so the Mansion acquired its current appearance.